We were in two minds about actually going to the Caravan and Motorhome (Wiltshire Centre) Rally this weekend. The rain overnight had worried us a bit – parking our five tonne unit on a soggy field has that effect.

We had chosen this Rally for its location near Bath and because there is easy access to a Canal towpath as well as a cycleway, but as it’s not far from home we decided to check it out beforehand. A quick visit in the car and a walk around the field may appear to be over the top but after our experience in Bakewell we felt it was the right thing to do.

We agreed to risk it so after a quick lunch we set forth in Voyager. When we arrived at the site we found a nice gathering of both Caravans and Motorhomes all nicely pitched up. The marshal’s gave us several options for where to pitch up. We chose one near the hardcore path at the side of the field – just in case there was more rain to come. 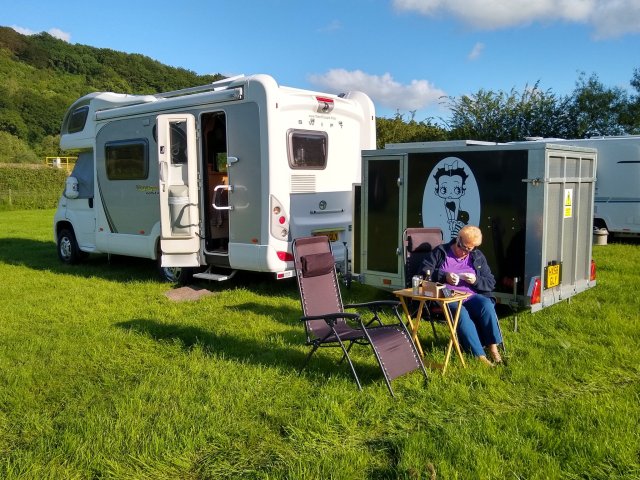 We got set up then after doing the financial stuff had a bit of a trundle around the field finding the water and Elsan points then checked the route to the canal tow path. All the people we met were very friendly and welcoming so we had great hopes for a good weekend. 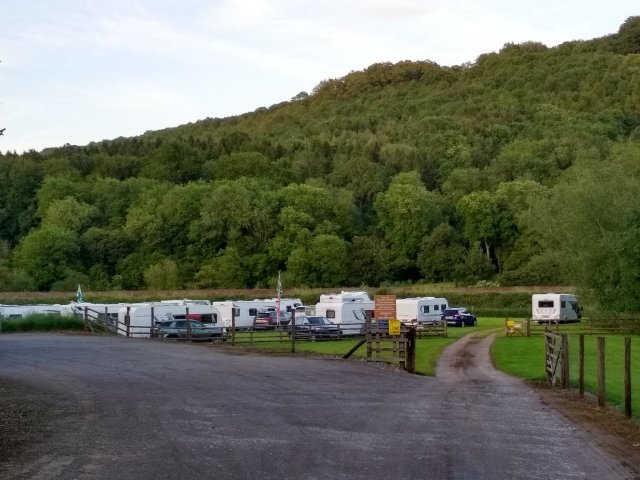 One told us that there would be a steam train passing on the line next to the Rally field on Sunday morning. We do love steam trains. Only diesels today though.

We met a nice couple last evening and joined them at the social Brunch at 11.00. Four gazebos had been setup together to give some shelter but the rain held off – in fact there were a few lengthy sunny periods. We had a lovely time chatting and laughing and the food was OK as well (only SW stuff for us though).

After getting things together we went for a trundle – our first thought was to explore the Two Tunnels Greenway (NCN244) but we encountered a path which was too narrow for us on NCN24. A shame but maybe next time we will find a way around it (a later explore of Google maps suggested there might be a detour available) but for today we opted to head to the Canal and explore the tow path toward Bath.

We explored the Dundas Aqueduct and watched a group of novice boaters dressed as pirates make a spectacularly inept attempt to steer around the corner. Good job narrowboats are resilient and not easily dented. 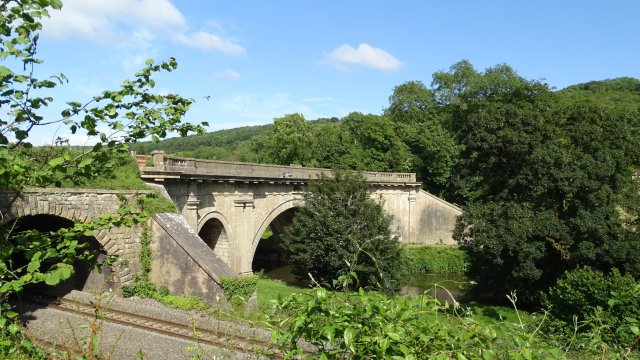 We crossed over a couple of bridges

and carried on the path for a couple of miles, 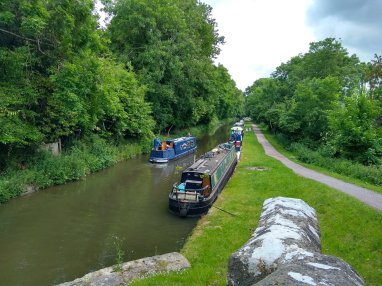 enjoying the sun as we passed many moored boats. Some were well maintained but quite a few looked more like storage areas for assorted collectables (junk).

We saw a sign for Claverton Pumping Station saying it was open today – so detoured and spent a good hour getting a tour of it. 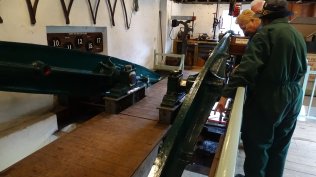 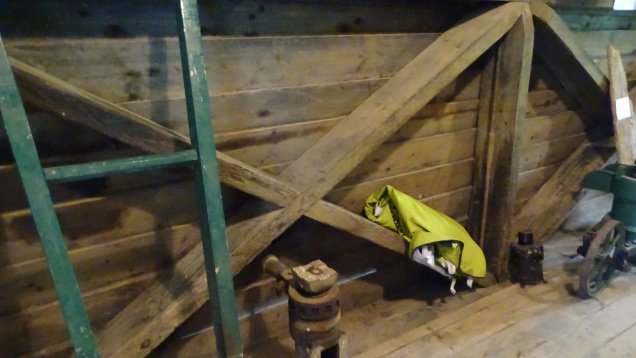 We had a lovely man tell us how it worked along with all the technical stuff about it – most went over my head but it was very impressive watching the water powered wheel moving the big beam pump. I must say that those engineers in the early 1800’s got in early with the environmentally friendly design – using the power of the river Avon to pump water from it up nearly 50ft to the Kennet and Avon Canal. Using no fuel and making no waste.

Later, after returning to Voyager and having some food we had another social event in the gazebos – a quiz night with Bingo. It turned out to be lovely – games and more chatting along with a little drink (bring your own) and cheese toasties as well – this is more like what we are looking for in a Rally.

Back to Voyager about 10.00 (just as the rain started hammering down).

Well the steam train did pass by this morning but I missed it. I didn’t get a lot of sleep mostly because starting about 1AM a team of rail workers were doing their night shift track maintenance on the bit next to our field – banging, shouting and laughing all illuminated by floodlights went on until 5.30. Nigel (who could sleep on a washing line) tossed and turned a bit but mostly slept through it.

Today is the last of the Rally so we attended the final meeting (called Flag) – the Chairman thanked the Marshals and we were welcomed (officially) and announcements about upcoming events etc. Then it was back to Voyager, get all packed up and set forth to our overnight stop.

A layby on the way for our lunch then on to Cheddar Mendip Heights C&CC site.

So electric hook up to fully recharge the 2G’s and a disabled shower facility as well.

Moving on today – but first a good shower and clean of the van. Then we are off. A stop on route at Morrisons Bridgewater to top up the fridge and pantry.

A layby on the A39 was our chosen venue for a little tapas. It was lovely to sit in the warm and eat lunch.

We arrived at the Minehead Caravan & Motorhome Club site about three. It is slightly unusual with no one way system. Nigel managed to overshoot our turning and had to reverse about 50 yards on the narrow road (he is getting better at it though). When we eventually found our pitch we did the basics (positioning Betty and levelling Voyager). While Nigel did the outside stuff I tried to get a little snooze – should have known better really – the doors opening and closing as Nigel fitted the silver screen etc. and then he thought he would get his book for a quiet read. Trouble was when he opened the cupboard it was in other things fell out – onto my head.

So we went into town – finding a route on Google maps – before getting the call from my Brother saying the family had arrived at Butlins. We planned to meet them there later, but didn’t realise that visitors can only get in between 10am & 6pm and as it was 5.30 we decided it was best that they meet us at the gate and we had a short catch up and stroll on the prom.

We agreed to make a day of it tomorrow and after a bit of a chin wag we headed back to Voyager.

I made a lovely dinner of fillet steak, homemade chips (SW way) with mushrooms – I’ve mastered the cooking in the limited kitchen a little too well as I’m not getting taken out enough now.