We had a late start today – I slept in and felt better for it. We had checked out the shower yesterday and it looked fine. So this morning we tried it out – the water wasn’t the hottest but had a good spray and the wet room wasn’t heated so we didn’t want to hang about too long.

After breakfast we worked out a round trip from the site to Bridport then onto Barnstaple leaving Betty and just taking the wheelchair.

Our journey to Bridport was on a main road so although there were a few hairpins and long drops to look down nervously there was always room for two way traffic. Seeing the river running through the woods at the bottom was really lovely – it is in flood and moving fast.

We found Bridport a nice sprawling small town, with some steep hills that prevented Nigel pushing me in the wheelchair more than a little way up. It was far enough to get to one of the shopping streets though. It was window shopping only as everything was closed on Easter Sunday. Did get some pics of the architecture though. 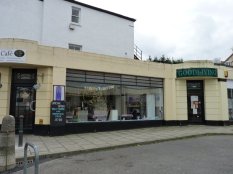 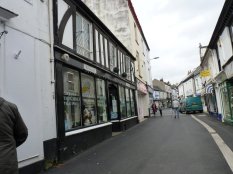 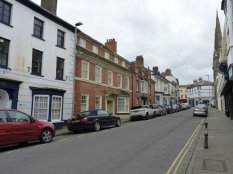 We returned to Voyager

and had lunch looking over the estuary – unfortunately the tide was out so the view was just a sea of mud with ships and boats stuck in it. Nigel did nip out and got us ice creams from the van just over the road from us – so we did get a small treat. 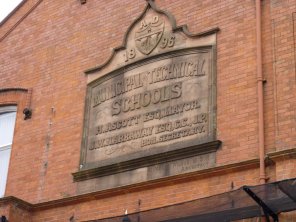 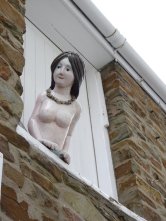 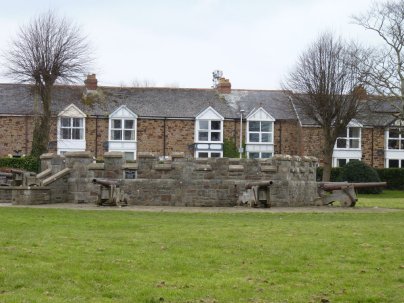 At the end of our tour we returned to site as the rain started again – still we are cozy inside and have comfort food of sausage and mash for our meal – lovely.

We had a choice today between shopping and visiting the Lynton & Barnstaple Railway – the narrow gauge steam train won.

It was quite a long drive to get there and some of the roads were narrow and twisting up hills and down again with hairpins of varying degrees of scariness – I think we will be buying a new SatNav before much longer.

When we got there we were between trains so we had lunch before Nigel went and checked things out. He then pushed me to the platform before popping into the ticket office for a few postcards and fridge magnets.

They only have a couple of miles of track at the moment but have planning permission for a further four and plans for more after that.

So it should be worth a re-visit in a few years. Based at the Woody Bay station they have one engine at the moment with another nearing complete restoration. We didn’t go on it this time as they can only carry one wheelchair user and that space had already been taken. I think we learned more about it from talking to the driver – I learned that the small engine was originally for freight and his explanation of how the regulator worked in conjunction with stroke of the piston was very interesting (it all went straight over my head really) – he was a very knowledgeable man.

We then had a look at the map and opted for a longer route on better roads to go back – it took longer but was not as white knuckle – in fact I dozed a bit on the way so didn’t notice right away that Nigel had opted to detour via Appledore which is a small port. 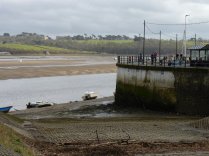 It was a place Mum really liked – a sweet little village with narrow roads. We parked in the Car Park (using a bay marked for Coaches only) took a few photos and had the daily ice cream.

Then onward back towards our site. We did a quick stop in Bridport and while Nigel nipped to a shop for postcards I kept an eye on a couple of shady guys coming and going at the pub over the road.

Back and set up for another night of TV but with no rain accompaniment tonight.

Weighing day – we are both the same (within half a pound anyway) as when we started the holiday – which surprised me considering the extra treats we have both had.

It seems that everything is back to normal today – most of the other Motorhomes and Caravans moved out yesterday – presumably most had to get back for work. Love it that we don’t have to think about that anymore.

The weather today was predicted to be sunny intervals with odd showers so we decided that shopping in Barnstaple could not be put off any longer (well it is our last day anyway).

So after all the usual chores we hitched up Betty and set forth. We have done this route a few times now so we went straight to the coach park with no problems. Nigel had just got the scooter out when one of those predicted showers hit – so he quickly put it back in Betty and we waited for ten minutes until it abated.

Then off to the town centre. This town seems to be on the ‘Coach Tours’ visit list as there were several holiday Coaches in the car park and when we got to the shopping area there were dozens of ‘holiday makers’ walking the streets looking in shops and filling the cafes. 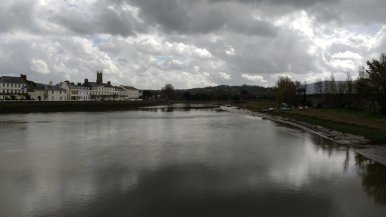 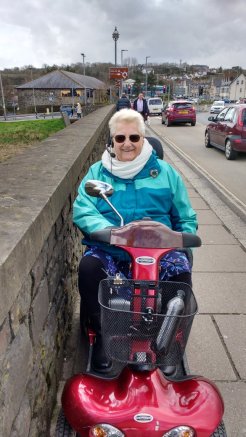 We looked in various shops (I’m looking for a new coat as I’ve shrunk out of the one I have) but they were mostly filled with summer wear – which isn’t surprising I suppose. 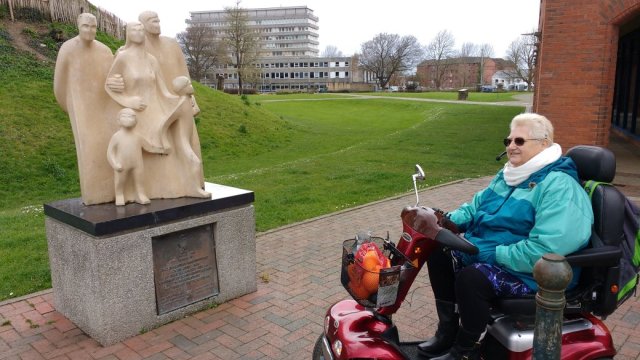 We gave up – did find a few things – oranges, bin bags and a cake for Nigel – so it wasn’t a complete waste.

We had lunch in Voyager – usual fare – then head back. I was determined to visit Dartington Crystal – I had been persuading Nigel for the last few days that we needed to so he followed the sign just outside Bridport  and found it did what a lot of the signs do around here – send you in a direction and tell you no more. We did a big loop around the East side of Bridport because we were too heavy to cross the week bridge and got back to where we had started. I had given up hope of finding it but when we got back to Torrington (only a couple of miles from site) we saw another small sign – followed it and found the factory behind a housing estate.

I could spend a fortune in this place – as it was £120 went in so quickly. I will have to find the factory shop online.

We got back to site at 4.30 and I got cracking making the SW sauce for our meatballs and pasta meal.

Then TV and final Blog work for this tour. Home tomorrow.

2 thoughts on “The Devon and Cornwall Tour – W3P2”