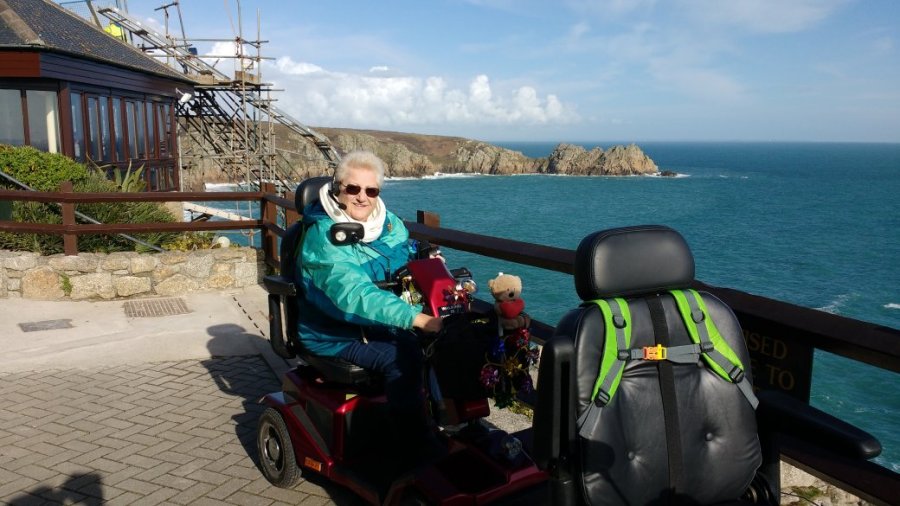 Today we start a new year of our travels. For the last few days (maybe weeks) we have been getting Voyager ready – making minor adjustments – flushing and filling the water system checking everything works OK. We went out and filled the gas bottles on Monday as well (we are definitely going to be using some on this trip). Packing up clothes and food has gone well – the fridge and freezer are stuffed as well as the ‘pantry’ – supplies for about a week at a guess.

We were on the way at 11.00 – it would have been 10.30 except for the little problem with the brake lights on Betty not passing the ‘pre-flight check’ – turned out to be dirty contacts on the plug so no big deal.

The weather when we left was cloudy but dry – the sun even broke through the clouds for a few minutes while we motored along the M4 near Bath. We stopped for lunch at Taunton Dean Services on the M5 – we park in the lorry park which makes us feel small when compared with the juggernauts surrounding us. The rain and wind had arrived by the time we had eaten and it only got worse as we continued to our first stop near Exeter.

The CCC Teign Valley Barley Meadow site is quite small and we found several of the hardstanding pitches were already under water. We opted for pitch 7 which was up a small incline (so hopeful that we won’t sink). Nigel got us set up with his usual efficiency – filling the water tank and getting Betty & Voyager placed on the hard standing without going on the grass edges – then connecting the electric cables. By the time he came in I had a hot cup of coffee made – very welcome.

After the miserable weather yesterday we awoke to bright sunshine but still a bit chilli. The new screen cover worked well – no condensation to clear up this morning – maybe we won’t be needing the Karcher window vac anymore?

After breakfast (usual scrambled eggs) we got packed up and by 10.00 we were ready to go. We did have a small issue with Betty – we had to use the mover quite a bit positioning her last night and the batteries hadn’t fully recharged by the time we wanted to move her again this morning. She was a bit jerky and kept cutting out when fine positioning her for hitching. Nigel left the batteries being charged by the solar panels while we continued our journey westward.

There was not too much traffic on the roads and only minor hold ups for roadworks so we made good progress arriving at Hayle about noon. We skirted the northern edge of Dartmoor as we travelled and I managed to get some nice photo’s through the cab windows as we passed some lovely scenery. 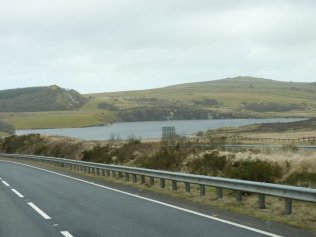 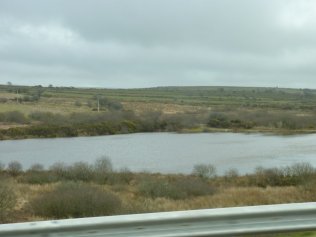 We decided to have lunch and have a dolly around before we went to our site. We found a layby with a view of the sea across some sand dunes – got the scooters out, wrapped up well in coat, scarf and gloves and ventured out in the bracing wind.

We didn’t get too far – had to dodge lots of rabbit holes in the mainly grass area we had picked as our route closer to the sea – but then the rain came again – we headed back to Voyager and enjoyed the views through the window as we had our lunch and a hot cup of coffee.

We are staying at the ‘Atlantic Coast Park’ site which has a mix of holiday static caravans and chalets and a small area with a dozen fully serviced pitches (only 4 of which are hard standing). We are on one of the grass ones with sand dunes directly behind us. The site has all we want though – clean amenities and free WiFi.

The weather picked up later in the afternoon so Nigel did some videoing around the van and of him fitting the cab cover – maybe in his first Vlog when he has done the editing.

I got on with the evening meal of gammon and chips – no change there then.

Wow, what a beautiful morning – the sun is out and the sky is blue – almost Mediterranean (if you ignore the chill in the air). We can cope with the cold OK – much better than the wet.

All the usual things – after breakfast the outside chores for Nigel (rubbish, recycling, toilet cassette emptying and getting the scooters ready) – indoor stuff for me (washing up, decanting Pepsi for the day, cleaning and tidying).

We have decided to explore local this morning so get togged up and venture out on the scooters – might find some photo opportunities and a hot cup of coffee.

A couple of miles down the road we found the town centre – well a few shops any way – did get a few pics and do a bit more videoing. The tide was out but we did find some things to photograph. Some wading birds and an old bridge. Popped into one shop and bought new tumblers as we had one crack yesterday. 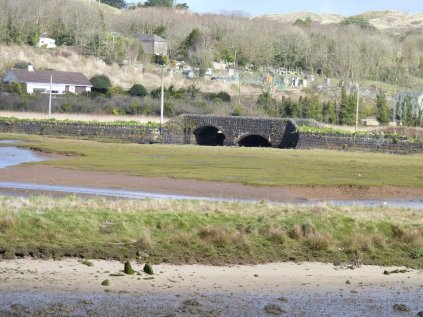 We returned had our lunch and then ventured off on a coastal drive via Lands End to The Minack Theatre. Some of the roads were very narrow in places – had a close call with a Big Wheel Tractor with Muck Spreader behind – but managed to pass with less than an inch to spare. I saw a calf being born in a field beside the road as we passed. Loads of good views of the coast and old Tin Mines – mostly falling down. 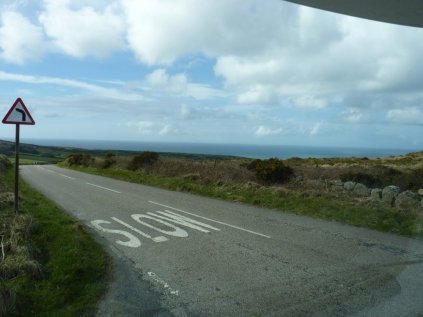 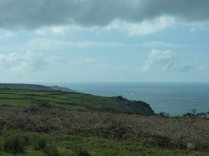 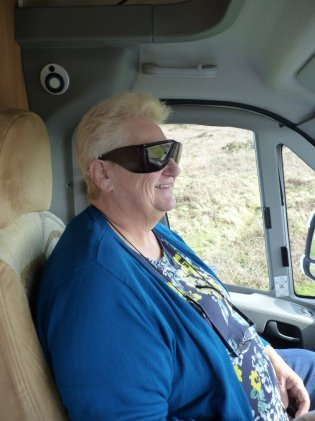 We couldn’t do much when we got to the Theatre but we got to a Balcony area where we had some good views of the stage area and terrific cliffs surrounding. It is well worth a visit if you can do steps – not sure it’s worth the £10 it cost us for the half hour we stayed – but it’s ticked off my bucket list. 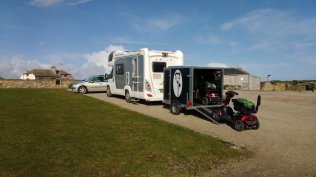 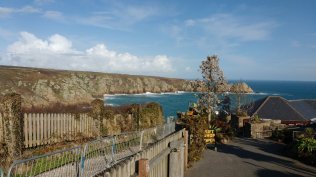 We put the site postcode into the SatNav and set off back. Thinking we would be quickly onto the A30 but she took us on another B road which again had very narrow parts. Everything was OK until we met a double decker bus on a narrow corner going up hill. We had to get into the hedge and got mud embedded in the near side tyres. This would have been OK if we hadn’t encountered an uphill hairpin bend a little further on. We lost traction as we went around and held up traffic behind and in front for several minutes as Nigel rolled back and edged forward on a wide arc around the bend. I seem to remember a lot of panic and a few screams but I’m not sure where it came from.

We did join the A30 a little later so the rest of the journey was uneventful – so we got back safe and sound – but in need of a bit of a hosing down.