It seems to me that FIAT have some funny ideas when it comes to the functionality of the Cab Radio. I found this with Dobby as well so was not surprised when it was the same on Voyager.

To get the Radio on you need the ignition key in and on. This is fine when driving but I find it most annoying that every time I stop and turn off the engine the radio immediately turns off. On all other vehicles I have owned or driven there has been an Auxiliary position on the key that kept the Radio alive (and on some makes a few other things as well). Now there may be di-hard Fiat owners out there who will tell me that I can get the Radio on without the ignition if I flash the headlights three times while depressing the clutch and brake in rhythm but if so that information is not readily available – and I don’t want to know.

This peculiarity is particularly frustrating when the vehicle is a Motorhome. Swift have provided the rear speakers of the Radio in the roof of the dinette area so it would be really good to be able to listen to the Radio or a CD or something on a USB stick without having to have the ignition switched on to do so. As turning on the ignition also withdraws the habitation door step I see it as vital.

FIAT also turn off power to the Cigar Lighter & Power socket with the ignition switch. This is more understandable as some devices that connect in this way can draw a high current and drain the battery if used for too long without the engine running. Personally I run the Sat Nav from the Power socket and it annoys me that when I stop to refuel it powers off when I take the key to open the fuel cap. Maybe I’m just too finicky!

I also like a challenge so set about finding out how to get things working the way I believe they should.

The first thing I did was order the FIAT workshop manual CD for the base vehicle – an X250 in my case. When I received it I spent several hours finding my way around the massive amount of information it contains. The user interface is not at all intuitive but eventually I have come up with the following modifications to get things running as I want.

As you probably know modern car Radios need a permanent 12v supply (to allow it to store channel information and user settings etc.) and a switched 12v line to fully work. Fuse 39 is used for the permanent supply (as well as for other devices) and Fuse 49 supplies the drive voltage when the ignition is turned on (again with other devices). These fuses are on the B002 interconnect board which is very handily behind a cover next to the drivers right knee. 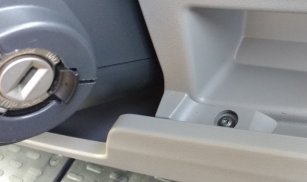 With the facia removed you can see the Fusebox detail. 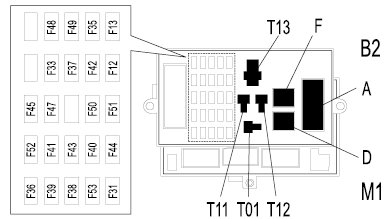 Note that the left most column of Fuses are spares. The space to the left I have used for my addition switches and relays.

This is the circuit diagram of my additional components.

I have used these components – all sourced from EBAY. 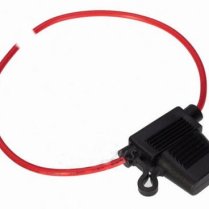 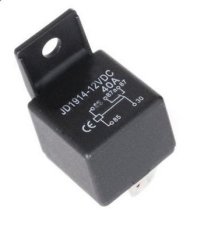 The input side of F39 is almost connected directly to the battery (it does go through an 80A Fuse 71 at the battery itself but that’s only going to blow with a major short) so I have used that as my power source. By using a Piggy back circuit add on fuse all other circuits remain as before while I supply the switched Radio line through the relay normally open (NO) contact when the Relay switch is activated. With the Relay off the normally closed(NC) contact supplies power from F49 in the normal way.

The power sockets are supplied through F44 so I have used the second relay to supply voltage to the F44 load side either from F44 source side (NC) or when the relay is activated by its switch from F39 through the NO side.

When all wired up it was just a reassembly job. 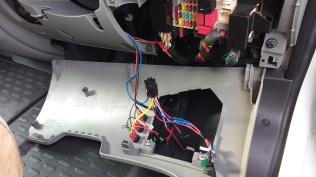 All nice and neat with the covers on.

I wanted to add some additional USB charge points (for phones & tablets etc) and decided to put them in the passenger top glove box. 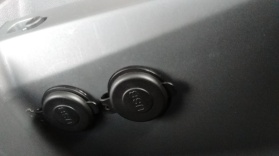 I connected them to the back of the existing power socket below the Radio. 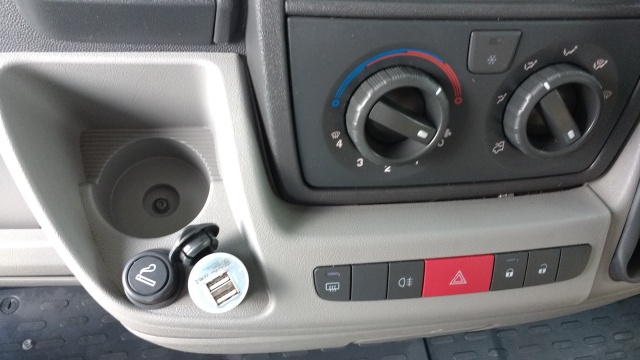 There is only one Torx screw holding this facia on but it hides under the drinks holder rubber base. Easy when you know how but had me guessing for a while.

The Sat Nav PSU is supplied through the third switch. I cut the end off a PSU you would connect into a power socket and soldered wires to the internal circuit board. The output wire from it is threaded through to the top of the dash.